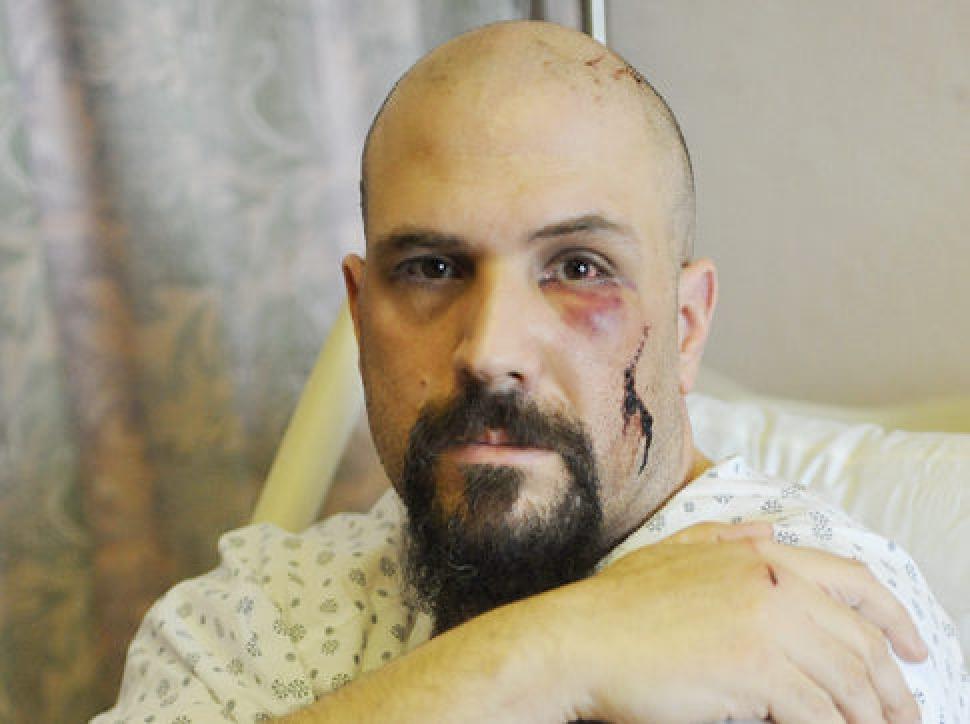 The MMA community wrapped itâ€™s arm around Joe and was very helpful to Joe and he made some friends too after his incident.

Joeâ€™s kids practices Brazilian Jiu-jitsu at http://www.serrabjj.com/ with Matt Serra and has become a friend of Joe’s.

If a police do not have a personal relationship with a person being attacked they donâ€™t have to protect joe, but if they prevented it and it would never come to this.

Big A mentioned the first time he saw the back of Joeâ€™s head the scar is big and really looks bad.

Political talk : Joe said Trump is making it interesting and people who donâ€™t know about politics are chiming in .

Weâ€™re talking About UFC and Rhonda Rousey and Misha Tate .