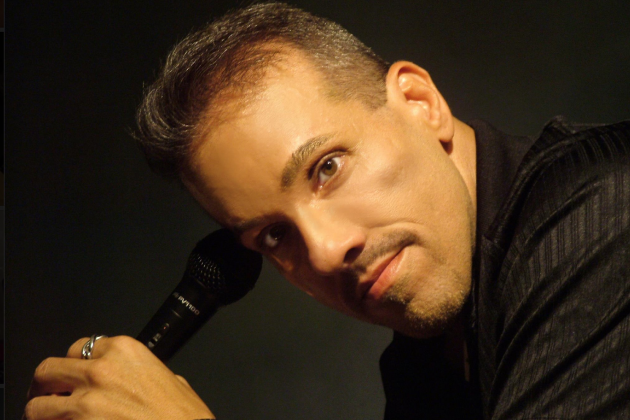 carlo bellario called in and  thanks us  for being  able to call in and  tell his  story about he  got  arrested  for a having a bb gun and New Jersey has a law. An actor who played a bit part in an independent gangster film and used a prop pellet gun without a New Jersey gun permit likely won’t have to serve a prison term.

Carlo Goias goes by the stage name Carlo Bellario. He was charged under the state’s strict gun statute, which requires permits for firearms including the airsoft gun he used while filming a car chase scene in “Vendetta Games.” Airsoft guns fire nonlethal plastic pellets.

The 48-year-old Toms River resident on Wednesday accepted a plea deal offer calling for him to receive probation when he’s sentenced in October.

he discusses  in full of  how it  happened and what he  went through the whole time. and did not have  the money  for  a lawyer  he  really needed. they gave him a plea deal and it will be about 3 years probation and if he  went  to trial he could of  got up to 30 years in jail for past criminal issues and his father past problems. carlo tried to get  his  story out  in a bigger  medium like opie and jimmy and GMA and could not contact  anyone and he did a gofundme which he  will take down next week because he was very embarrassed to put  up the gofundme and he  is in bad  shape and needs to get back to doing comedy and gget  back to his  life again.

carlo throws biga undwr  the bus saying biga  was a friend of his EX and i sent  a pic  of  him at  a party and got  him busted with her and biga  was sorry and it was awkward and  thankfully he  is  not mad at me a nd always liked  biga .

paul is  talking to carlo about trying to do comedy and paul has talked to Jim Norton for advice about doing comedy and telling paul to try out his comedy at  open mics with people who do not  know .

carlo has a radio program and has  some  old tv actors and paul tells carlo about the great guest we have had on Dysfunctional Podcast. and paul says biga has not been in studio for about 2 months and says biga has not have money to travel to south jersey .

everyone  is talking about biga and giving back hand compliments and i barge in and say im here and im hearing you and carlo said again he likes me even tho i got him busted with his ex and  threw it in my face again but  all is good now between us .

carlo is talking about how bad the production company is  and how cheap they are with no money and how they try to get around permits and things and they dont care about there actors and this should of never  happened .

we change  gears and  now  ask carlo what he thinks about  trump and his presidental run and if trump can do what he promised and make america great again he  is all for trump as president . carlo said he does not  want to watch jerry springer because  all the time in jail they watch jerry springer and traffic updates and why would they watch traffic updates while there in jail not going anywhere .

we are now talking about conspiracy theories and who is  alive who died  and people think might be  alive and where and people think that they never landed on the moon and  it  was taped in a studio  to be  made  to look real and other things as michael jackson and  elvis  is  still alive.

chris has  called in and paul is picking his brain on different subjects . we are about  to end this great show and  great guest